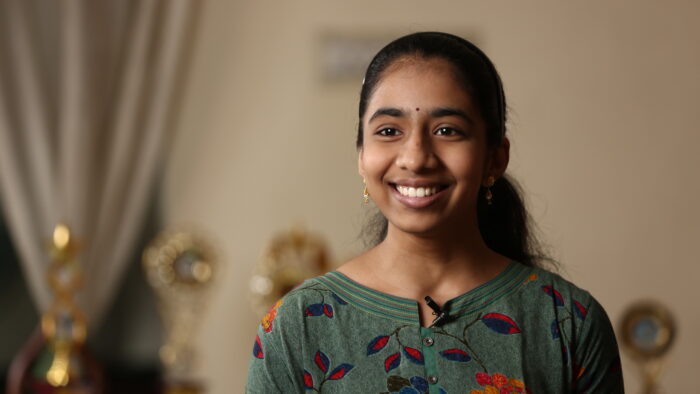 A small wonder, 14-year-old Vinisha Umashankar, presented an electrifying talk on her invention – an energy-saving solar ironing cart. It was a video demonstration that lit up the screen on February, 2021.

Vinisha, the Thiruvannamalai star, has spent a large part of her life in UK, but shifted to India. She became the centre of attention during an SIB webinar on Environment and Climate Change. Her idea has already won her the Swedish Children’s Climate Foundation Award 2020 and APJ Kalam Ignite Award, 2019. SIB too awarded her a cash prize, certificate and honorary membership.

The webinar helped to educate 25 SI members, three of whom were from Belgium and two from UK. Members were asked to trigger ideas to harness low-cost solar ironing carts. If it gets patented and begins production, the invention can reduce burning of 50 million kgs of charcoal everyday and can even be used to save wood.